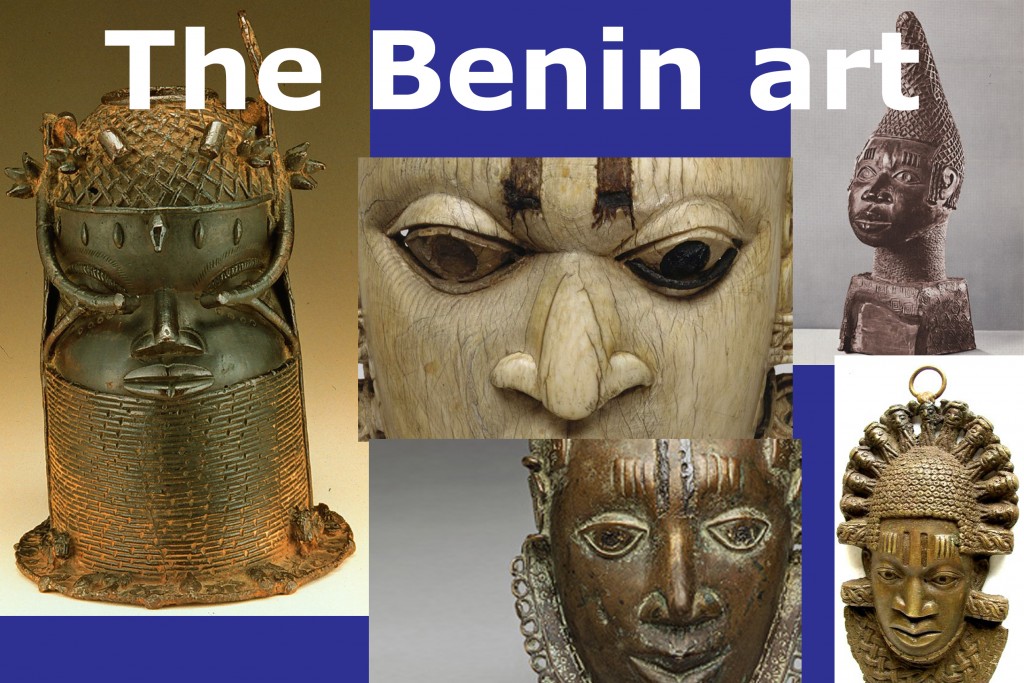 The bronzes of Benin are the outcome of a long tradition of bronze casting which can be traced back over more than two millennia to the ancient Nok people, who lived on the plains of Jos and the Yoruba people who flourished between the 10th and the 19th Centuries In the south and west of Nigeria. Among the oldest known African sculptures are terracotta figures created by the Nok people around 500 AD.

Superb bronze and terra cotta heads were also made in what is now Ife, Nigeria from the 1200’s onwards. The ‘Obas’ held a monopoly of sculptures in brass – Chiefs were only allowed ancestral figures in terra cotta and metalworkers were the servants of the ‘Oba’. Benin art was thus predominantly Royal and so closely tied to the rituals used in service of divine Kingship that it underwent few modifications over the generations.

There can be little doubt that this West African art was an indigenous development fuelled by the need for lifelike images of Royalty for funerary rituals and the cult of ancestors from whom the Kings derived their significant power and authority. In the former Kingdom of Benin, Western Nigeria, great artists produced high quality hand made bronze sculptured figures and heads during the 1400’s and up to the early part of the 1700’s.

The art of Benin is close in feeling to contemporary Buddhist art in India and South-east Asia. Few people outside Africa knew about African sculpture until the 1900’s when it became a major influence on western art. The designs and simple, dramatic forms of African sculpture are known to have influenced famous artists such as Henry Moore of Great Britain, George Braque of France and even Pablo Picasso of Spain.

No sculpture of comparable technical accomplishment or spiritual poise and serenity was produced in Europe between the fall of the Roman Empire and some centuries after the date of the finest Ife works. There is therefore no doubt that these figurines are unique, special and extremely valuable in their class and entirety – as ancient Benin was home to some of the greatest art ever produced on the Continent.

Benin bronzes were the first of the African arts to win widespread acceptance throughout Europe. Most of the bronze heads, were created in honour of Kings (called ‘Obas’) and were handed down from King to King. The ‘Obas’ – rarely seen in public – reigned by hereditary succession and had absolute spiritual, political and military power. The ‘Obas’ traced his Ancestry to the son of an ‘Oni’ (king of Ife) who was believed to be descended from a God – this tradition set him apart from his subjects. Osei Tutu ruled until 1717 when Opukuware, his grand nephew, became King and ruled the Empire.

The proud past of the Benin Kingdom began its rise in the 12th Century AD, when it took its ruling Dynasty from the earlier Yoruba Kingdom of Ife into a highly developed culture flourishing in the 16th and 17th Centuries before the slave trade began a long decline. At the end of the 1800’s the Empire grew weak as many wars were fought. Nine battles were fought against the British during 1807 and 1901 after which the British gained control and took over the Empire. In 1897 during the nine-war battle,

British expeditionary forces attacked and destroyed the City. They looted the palace of Benin and great numbers of very high quality bronze sculptures were taken – most of which are priceless today and are housed in British and German museums. Some figurines were saved – having been buried with King and Queen Inyang Inyang and later retrieved by the Government and transferred to the main museum in Nigeria.  Click HERE to request more info 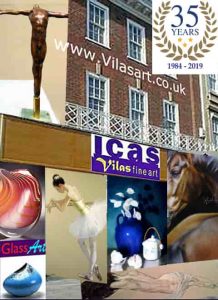