Gordon was born on 6 June 1939, in London – England. He spent most of his early childhood on the Fife coast of Scotland before moving south of the border to Reading in Berkshire. As a child his talent came to the fore early on, winning several major art competitions from seven. After leaving school he concentrated on figurative illustration, undergoing training at Carlton Studios in London whilst studying life drawing and painting at Reading University.

In his early 20’s he went freelance, illustrating for major magazines and advertising agencies. Gradually he built up the commission side of his work by painting portraits and exhibiting his work until in the mid 70’s he gave up illustration work altogether to enable him to concentrate full-time on his paintings, which were predominantly in oils. Success came quite rapidly, showing at the Royal Academy Summer Exhibitions in London and later at the Royal Institute of Painters in Watercolours, painting mostly figurative subjects. His paintings of girls in natural surroundings soon became his trademark. The popularity of the watercolours in the early 80’s together with the success of his prints, limited editions, and silk-screen brought him the high profile he has today. Gordon is happily married to Mary, lives and works in his studio in Buckinghamshire which provides the backdrop for many of his paintings. He exhibits worldwide and has been featured artwork live on several television programmes including the BBC2 art series “Close-up”, Channel 5’s “Open House” and Sky sports at the P.G.A. short-course championships. He’s actively involved in charitable work having supported various charities including a project for the “Save the Children Fund” painting in front of a live audience for the B.B.C.’s “Children in Need” appeal, completing a portrait of Norman Wisdom on the Black Watch Cruise Ship in aid of the R.N.L.I. Recently he donated a painting of Golf at Brocket Hall that was an auction for Bob Wilson’s Willow Foundation.

In 1999, Gordon celebrated his 60th birthday, and he received another one of his prestigious awards from the Fine Art Trade Guild who voted him, “Published Artist of the Year. He also had a painting accepted into the Singer & Friedlander Sunday Times watercolour competition which exhibited in London, later touring the country.

Geniuses of the Past

Gordon has for the last thirty-four years been regarded as one of the leading contemporary figurative watercolourist in the UK. His paintings have been admired and collected by numerous national and international art lovers and collectors. Gordon works exclusively with limited galleries throughout the UK, to exhibit his original paintings and satisfy the increasing demand from the many UK and International collectors. ” Fashion in ART has become a roller-coaster of buzz words which are cliché ridden and confusing, where the emphasis seems to be on innovation for the sake of innovation. Gone are the days of an artist spending years of apprenticeship mastering craft and skills. The true geniuses of the past – REMBRANDT, VELASQUEZ, LEONARDO – were all innovators in their time who moved the ART world forward but still practise their obvious talent for drawing and painting. The prospect of more exhibitions, more travel, more paintings is exciting as I feel ever more drawn to life as a new canvas awaits ” Gordon King.

He specializes in Figurative work, portraiture and sporting subject. We welcome enquiries for special commissions. For all private or corporate commission by our gallery artists, please contact
Sunil Vilas call 01462 677455 or
email: Sunil@vilasart.co.uk 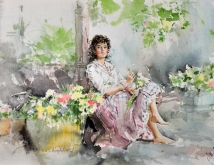 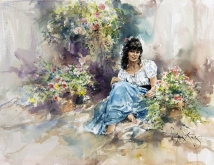 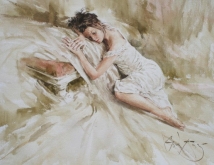 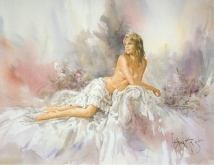 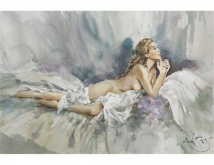 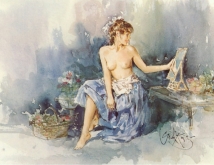 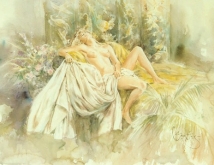 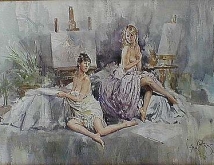