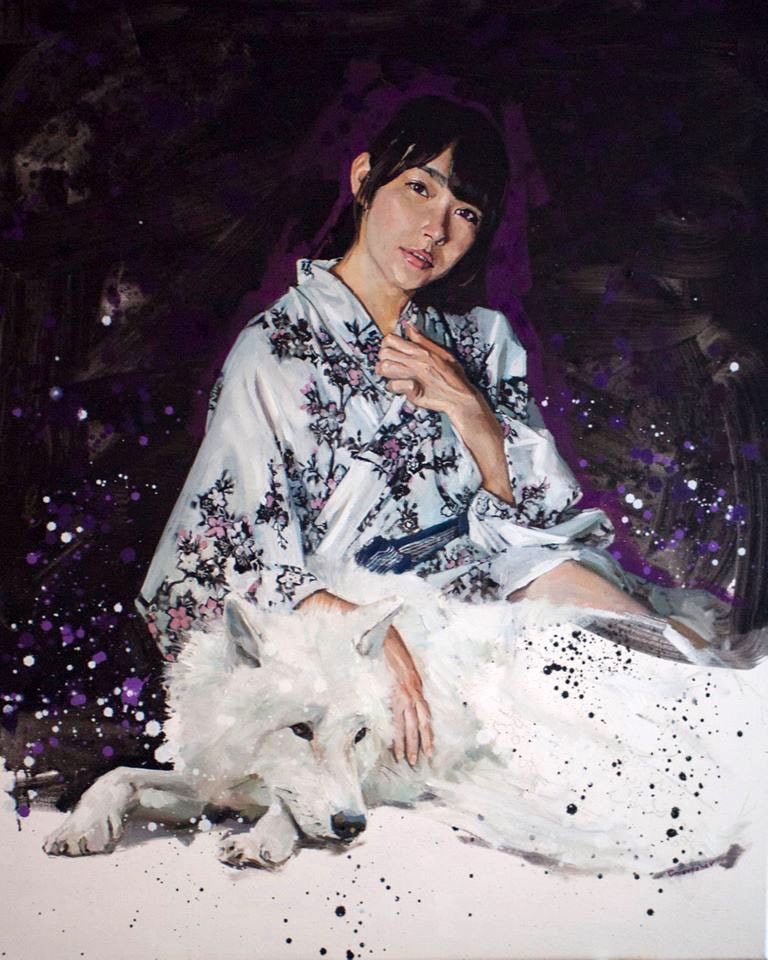 See this artist’s other work and his biography.
We include provenance documentation and Insurance valuation report

MADE IN JAPAN COLLECTION

The Japanese wolf worshipped in Chichibu, Japan, where many shrines pay tribute to the animals. One such shrine, Mitsumine Shrine, is said to have been founded by a prince who was lost in the mists of the Okuchichibu mountain range while on a mission to subdue a warring tribe guided to safety by a great white wolf.

Modern Japanese arts and literature also pay reference to the wolves. The animated film Princess Mononoke (1997), based on the legend of the Mitsumine Shrine, features a great white wolf goddess that raises a human child called San, played by Yuriko Ishida in Japan.

In folklore, the wolf was associated with the mountains (山, yama) and was benevolent and malevolent. It is quick and agile, and Yanagita Kunio, the father of Japanese folklore studies, said that “the wolf can hide even where there is only a single reed”. In Edo period Japan, the word yama-inu became slang for a rabid dog.

On the other hand, the wolf has a guardian angel side as well. The night when travellers are lost high up in the mountains, the wolf, at times, will escort them to the doors of their homes. In such capacity, these wolves known as okuri-ôkami (送り狼, “sending wolf”). In some stories of okuri-ôkami, the wolf is a myth, but the constant chirping knows the presence of a sparrow at the traveller’s side.