John W. Mills’s most exquisite work of art was a significant contribution towards the post-war art, completed in 2005 and unveiled on 9th July by Her Majesty Queen Elizabeth II at the cenotaph, Whitehall in London UK. to mark the sixtieth anniversary of the ending of the war. 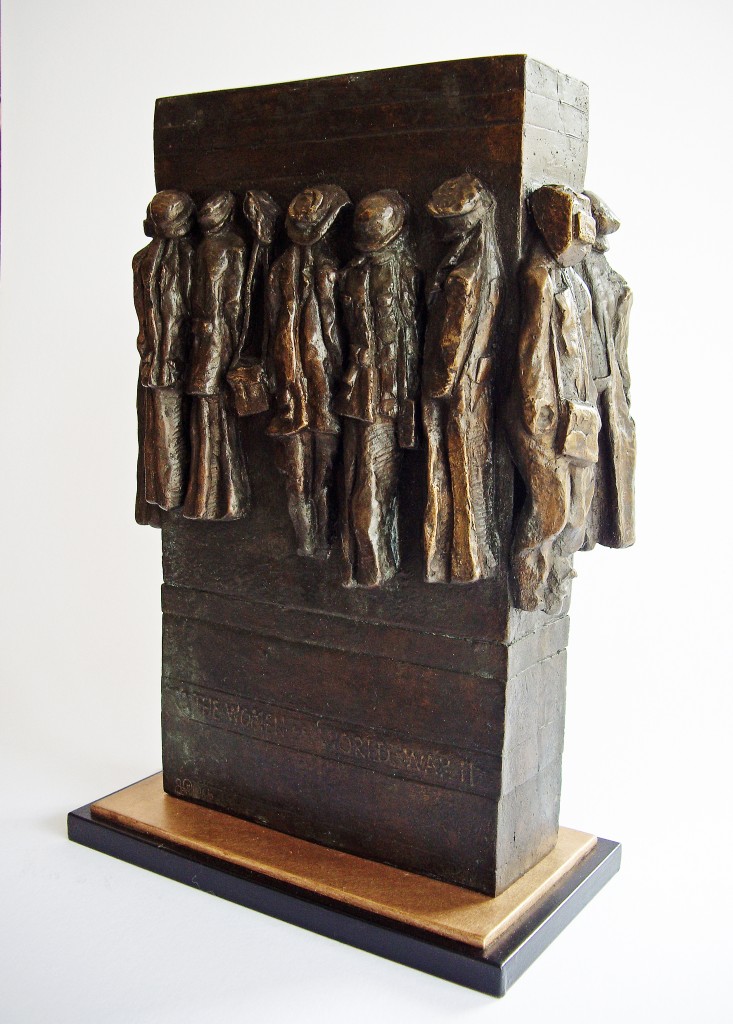 THE CELEBRATION OF THE MONUMENT OF WORLD WAR II WOMEN

Women were called up for War duties from March 1941

In World War one, and World War two women played a vital role in Britain’s success. But as with World War one women found that the advances they had made, were greatly reduced when the soldiers, returned from fighting abroad.

The national monument is prominently located at the cenotaph in Whitehall, London UK. It stands to be as tall as a double storey building measuring the height of 23ft; 16ft long; 6ft wide and weighting 23 tons. The post war art monument is John’s major work as one of his largest national sculpture depicting 17 sets of individual uniforms and other clothing worn by women during the war. The clothes represent the various contributions by civilian and service women towards the war efforts.

The post war sculpture art was unveiled by Her Majesty Queen Elizabeth II with a dedication by Baroness Boothroyd, OM PC on the 9th July 2005. (Photos below captures the atmosphere on the day.) 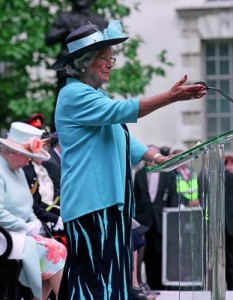 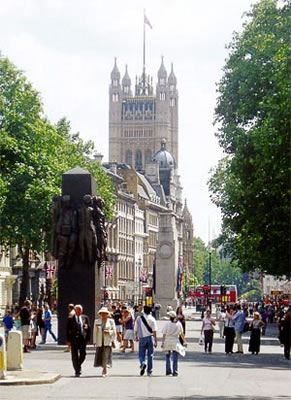 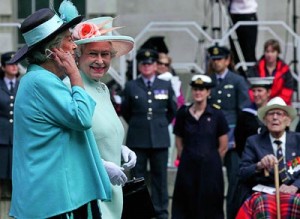 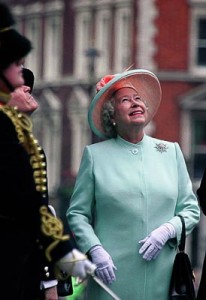 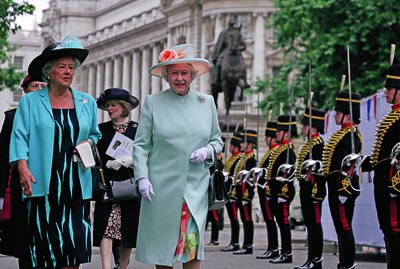